During her career, Mrs. Bradley has repeatedly obtained summary judgments for her clients in ERISA wrongful denials of short term and long term disability benefits suits as well as life and accidental death claims. She also has obtained affirmations by the Sixth Circuit Court of Appeals of the district courts’ grants of summary judgment. She has followed these cases through remand and again obtained summary judgments in favor of ERISA claims administrators after remands from the district courts. Mrs. Bradley has a close attention to detail and has obtained several dismissals with prejudice after noting inconsistent facts in the Administrative Record.

Mrs. Bradley also has litigated and prevailed on more discrete ERISA issues such as ERISA preemption, entitlement to attorneys’ fees, the constitution of the Administrative Record, and violations of the new ERISA regulations.

In the context of health care claims, Mrs. Bradley has obtained summary judgments in favor of ERISA benefits plans and third-party administrators in lawsuits seeking the recovery of funds for services performed to patients covered under the plan.

In addition to litigation, Ms. Bradley is very experienced in resolving ERISA and non-ERISA lawsuits, including bad faith claims. She has successfully resolved hundreds of cases and is a Rule 31 Listed General Civil Mediator.

Mrs. Bradley is a current member of the Chattanooga, Tennessee, and American Bar Associations. She is a former member of the American Inns of Court, Chattanooga Chapter. Her publications include “Implementing An Employee Wellness Program? Be Careful – The EEOC Is Interested” (October 2014 ). She was a co-presenter of “Social Media in the Courtroom” at the March 2012 Tennessee Judicial Conference.

In her spare time, Mrs. Bradley enjoys spending time with her husband and two, young sons who keep her very active. You often can find them outside hiking, enjoying local parks, playing soccer, running, or swimming. They also enjoy activities with their church, Hixson United Methodist Church, and are active in their Parents’ Day Out Program where Ms. Bradley previously served as a board member. 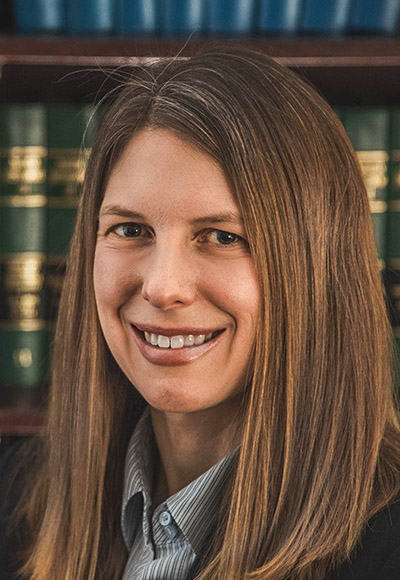