Attorney Laura Beth Rufolo received her B.A. degree in economics with a related degree in computer science from Vanderbilt University in 1988. She received her J.D. from the University of Tennessee in 1992. She was admitted to the Tennessee Bar in 1992. In addition to being licensed to practice in Tennessee, she is admitted to practice in the Federal Courts of Tennessee and the Sixth Circuit Court of Appeals. She began working at Robinson, Smith & Wells in 1993. She has been a partner in the firm since 2000.

While the majority of Mrs. Rufolo’s cases are pending in Hamilton County, she also handles cases from surrounding counties on a regular basis, including Bradley, McMinn, Rhea, Marion, Sequatchie, Knox, Franklin, and Bedford County. On the federal level, she has tried cases in the United States District Court the Eastern District of Tennessee at Chattanooga. She has briefed and argued appellate cases in the Tennessee Court of Appeals and the Tennessee Supreme Court.

Mrs. Rufolo’s primary area of practice is healthcare liability, defending medical professionals in both state and federal court, as well as before the Tennessee Board of Medical Examiners, or the provider’s respective board. Mrs. Rufolo has also assisted physicians and practice groups in responding to HIPAA inquiries and investigations by the U.S. Department of Health and Human Services. In addition, Mrs. Rufolo’s practice has included a wide variety of general civil litigation.

Mrs. Rufolo is married to Jeff, who she met in law school. They have one daughter, Lindsay, who currently lives in Colorado. They enjoy traveling and family time. 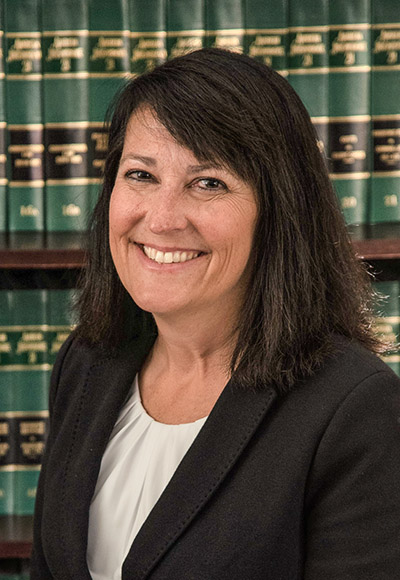